The oldest part of Grand Canal dates back to 581-618 BC. It is the longest artificial river in the world with 1776 km. The new museum shows everything about the Grand Canal but also features famous other canals in the world. One of them is Amsterdam. Together with the China Cultural Center we have made an exhibition that features Amsterdam along the canals. We have also made a connection with the Museum of the Canals in Amsterdam by showing their beautiful and insightful video about the Amsterdam Canals. 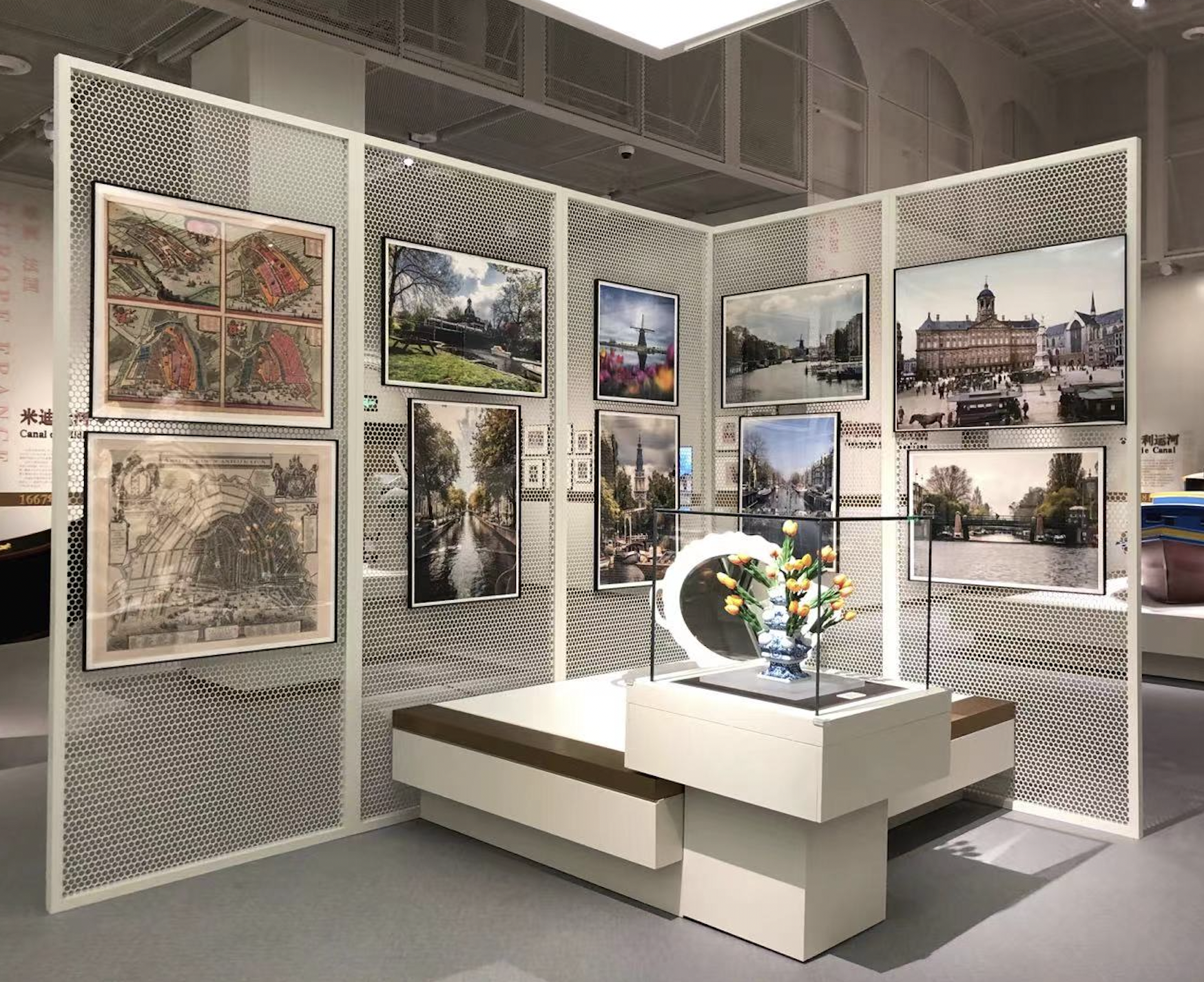